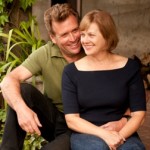 A native Californian, Jeffrey Patterson graduated from U.C. Berkeley in 1975 with a degree in biology. While in Berkeley, he witnessed and participated in the emergence of northern California’s fine wine and food culture. An enthusiastic wine drinker and collector, Jeffrey decided to pursue a career in the wine business and, in 1979, enrolled in the U.C. Davis viticulture and enology program, where he studied for two years.

In 1981, Patterson became assistant winemaker at Mount Eden Vineyards. He had visited the Santa Cruz Mountain winery in 1978 and believed Mount Eden, with its long history of fine wine production, would be an ideal place to practice his craft.

Jeffrey and his wife Ellie, a U.C. Berkeley history graduate, ornamental horticulturist, and textile artist, thus left Berkeley to begin a new life 2,000 feet above the Santa Clara Valley. A little over a year after his arrival, Patterson was promoted to head winemaker and general manager, and Ellie became the winery’s business manager. In 1986, they became significant shareholders in the company and, in 2008, the Patterson’s acquired the majority of the ownership with their two children, Sophie and Reid.

Today, with over 30 years’ experience at California’s original boutique winery, Jeffrey and Ellie Patterson live in the house Martin Ray built on Mount Eden in the early 1950s, surrounded by the winery’s historic estate vineyard and a panoramic view of the now-famous Silicon Valley. In their spare time, Jeffrey enjoys cooking for friends, while Ellie loves to garden, play tennis, and travel.

“It has been a wonderful experience to raise a family in this magical place and to be the custodians of a great tradition,” says Ellie Patterson. “The land and its history are the heroes here, so our job is simply to let them speak through our wines.” 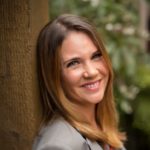 Jeffrey and Ellie’s daughter, Sophie, grew up amongst the vines of Mount Eden.

Moving to San Francisco, she attended The University of San Francisco, where she studied nursing. In 2007 when Mount Eden began a partnership with Press Club, a joint tasting room, she managed the Mount Eden staff while also pursuing her passion for helping others as a registered nurse.

Inspired by her parents’ entrepreneurial spirit, she founded a fertility nursing service, which has grown into a thriving business. However, when Sophie became a mother herself, she felt a draw to put her hosting and event planning skills to work back at Mount Eden. Sophie now lives in Los Gatos, with her husband Daniel and their daughter Eden—named after her former mountaintop home.

As our Director of Hospitality, Sophie handles everything from winery tours to private events. She is delighted to educate wine enthusiasts about the fascinating history of Mount Eden and is excited to be the next generation of Mount Eden’s future. 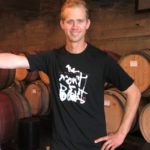 Reid Patterson is Jeffrey and Ellie’s son, born and raised on the mountain-top.

Growing up here, Reid says he “always felt the pressure to make Mount Eden his career” and initially resisted the idea.

After studying chemistry and dabbling with another specialty beverage, coffee, he realized that Mount Eden is genuinely home and where he needs to be—returning at the end of 2017. With Jeffrey, as a mentor for farming and winemaking, Reid has taken on the role of Assistant General Manager, learning all aspects of the wine industry. With a particular interest in viticulture, Reid embraces the unique challenges each season brings to the vineyards.

The return was meant to be, and Reid is excited to continue the family legacy with his sister Sophie. 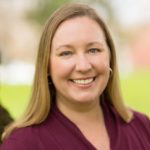 Andrea Kyle joined Mount Eden Vineyards in 2000 and is a vital part of the business team as Direct to Consumer and Office Manager. Born and raised in Illinois, she earned a BA in English Literature from Loras College in Dubuque, IA, where she began her love affair with wine. In 2009 she became a Certified Sommelier and in 2013 a Certified Specialist of Wine.

Andrea lives in San Jose with her husband and dog. She enjoys cooking, traveling, and of course, wine.

Our Assistant Winemaker, Austin Chin, is a San Francisco Bay Area native, born and raised in Concord, CA. His passion for wine began when attending Cal Poly, San Luis Obispo, where, after switching majors, he obtained a BS in Wine and Viticulture (2014).

After graduation, Austin cut his teeth in the fine wine industry, working for multiple labels up and down the Central Coast of California. After “showing up” at Mount Eden Vineyards in late 2016, he was offered a cellar/vineyard position and has not looked back. His role at Mount Eden has evolved since being promoted to assistant winemaker in 2018. He manages the crush pad during harvest and runs the bottling line in the spring, but most days are spent working side-by-side with the vineyard crew. 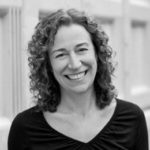 Michele Duckett is the newest member of our Mount Eden Team, joining us in 2019 as our National Sales Manager. A longtime resident of North Carolina, her passion for wine was sparked working in restaurants while earning a BA in English at Appalachian State University in Boone, NC. Her plans for graduate school shifted when she landed the job as General Manager of a top NC restaurant with one of the best wine lists in the state.

The wine bug had bitten.

She soon began an 8-year stint as the Western Regional Sales Manager for a Carolina based boutique wine wholesaler. This prepared her for her next tenure: 14 years as National Sales Director for Elyse, a small family-owned Napa Valley winery. When the owners opted to sell in 2018, she decided it was time to pursue a dream – “I have always been a huge fan of the Mount Eden wines, having sold them in both my restaurant and distributor days. I truly feel so fortunate to work with the Pattersons and to represent this iconic, historic winery and its extraordinary wines.”